Marvelous Inc. proudly confirms its attendance at BitSummit Gaiden, one of the largest indie game festivals held in Japan, on June 27 (Sat) and 28 (Sun).

We'll be introducing six of our favorite indie games at the event in cooperation with their developers.

With BitSummit being held online for the first time, developers will demonstrate their games via livestream and be available to talk with viewers directly over Discord. Come to the Marvelous Channels at BitSummit Gaiden and discover more!

VENUE: Held on Discord at https://discord.com/invite/BitSummit

*Schedule may change without prior notice. Please note that each live stream may end ahead of schedule.

*Any changes on the day will be posted regularly on Marvelous Channel /Twitter. 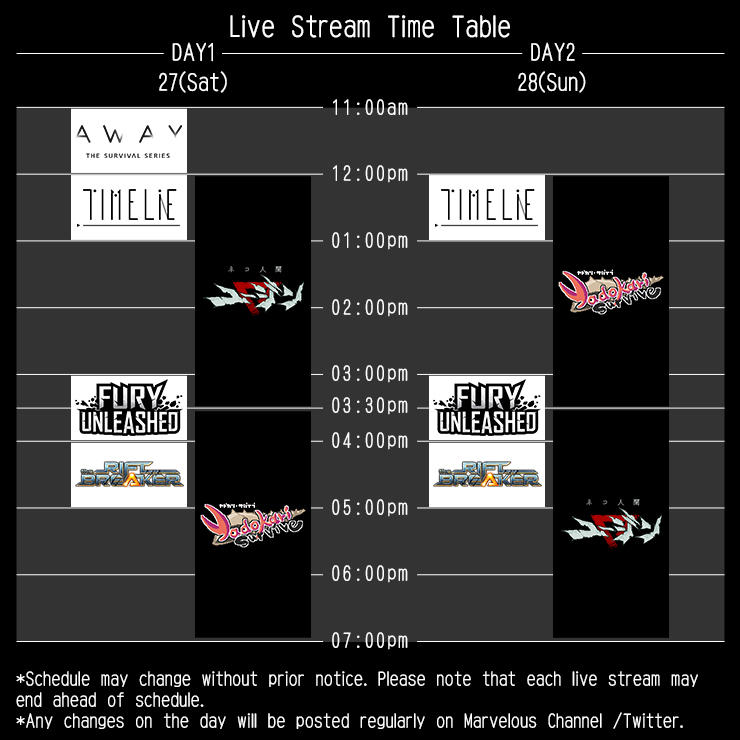 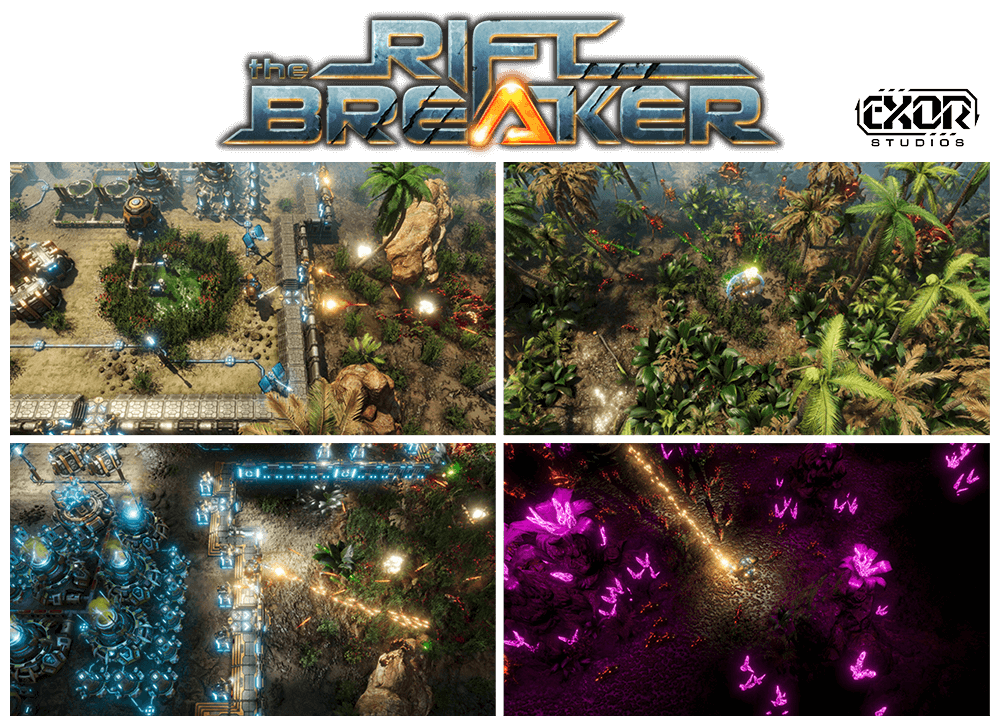 The Riftbreaker™ is a base-building, survival game with Action-RPG elements. You are an elite scientist/commando inside an advanced Mecha-Suit capable of dimensional rift travel. Hack & slash countless enemies. Build up your base, collect samples and research new inventions to survive.

EXOR Studios is an independent game studio located in Szczecin, Poland. A team of passionate veterans, EXOR Studios are focused on delivering high-quality titles to the core gaming platforms - PCs and consoles. EXOR Studios was officially founded in 2007; however, the company's roots as a modding group can be traced back to as early as 2003. The studio's first major project was D.I.P.R.I.P., a total conversion Mod for Valve Software's Source Engine. The first standalone game from EXOR was Zombie Driver, which has sold over 800,000 copies across many gaming platforms.The studio's latest game, X-Morph: Defense, released on PC, Xbox One, PlayStation 4, and Nintendo Switch to the acclaim of both game critics and the players themselves. The next upcoming game from EXOR Studios is titled The Riftbreaker and will be available for PC, and consoles. 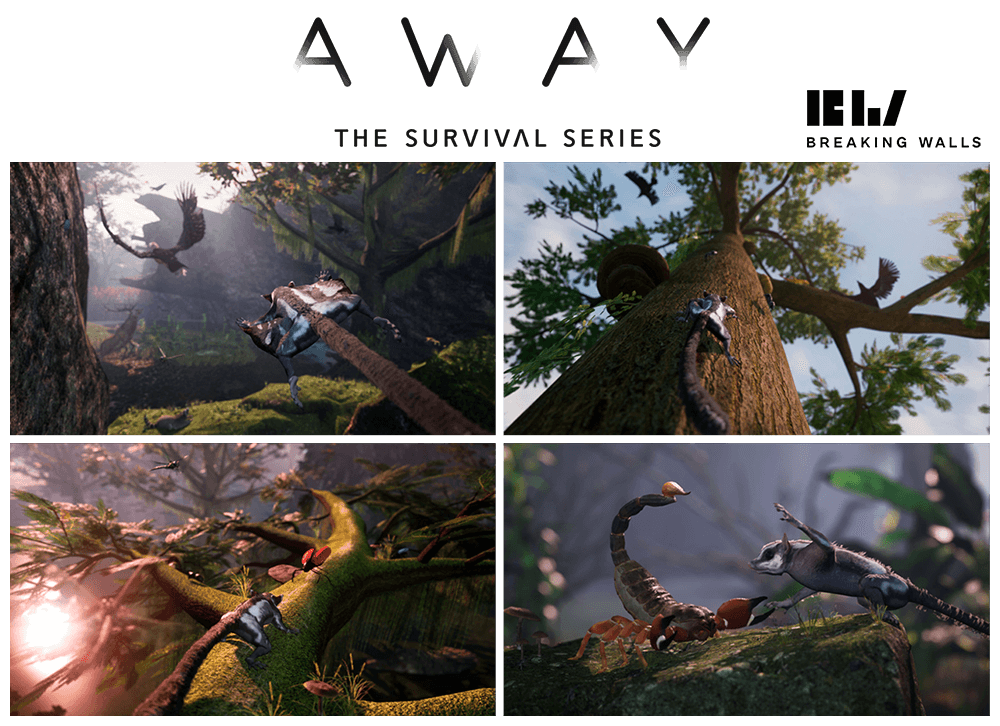 Embark on a breathtaking journey into the wild.

AWAY is a high-flying adventure game where you play as a tiny Sugar Glider! Inspired by nature documentaries, immerse yourself in vibrant ecosystems and explore a vast abandoned world as you embark on a breathtaking journey into the wild.

Breaking Walls is an independent game studio based in Montréal, Canada. With decades of experience working on major AAA titles such as Assassin's Creed, Prince of Persia, and Far Cry, their team has spent the last four years developing AWAY. 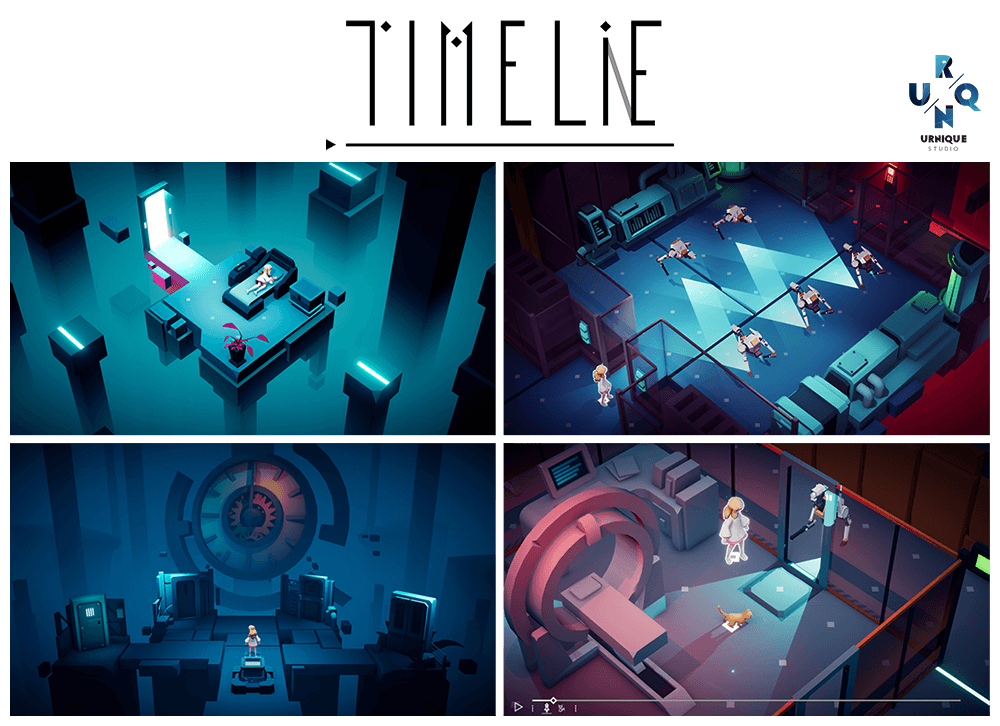 Timelie is a stealth puzzle adventure game where you can control time like a media player and work with a mysterious cat as you solve puzzles and uncover the secrets of a strange, surreal world. Sneak, solve, and escape...together.

Urnique Studio is a Thailand based independent game and software development studio. Founded in 2018. 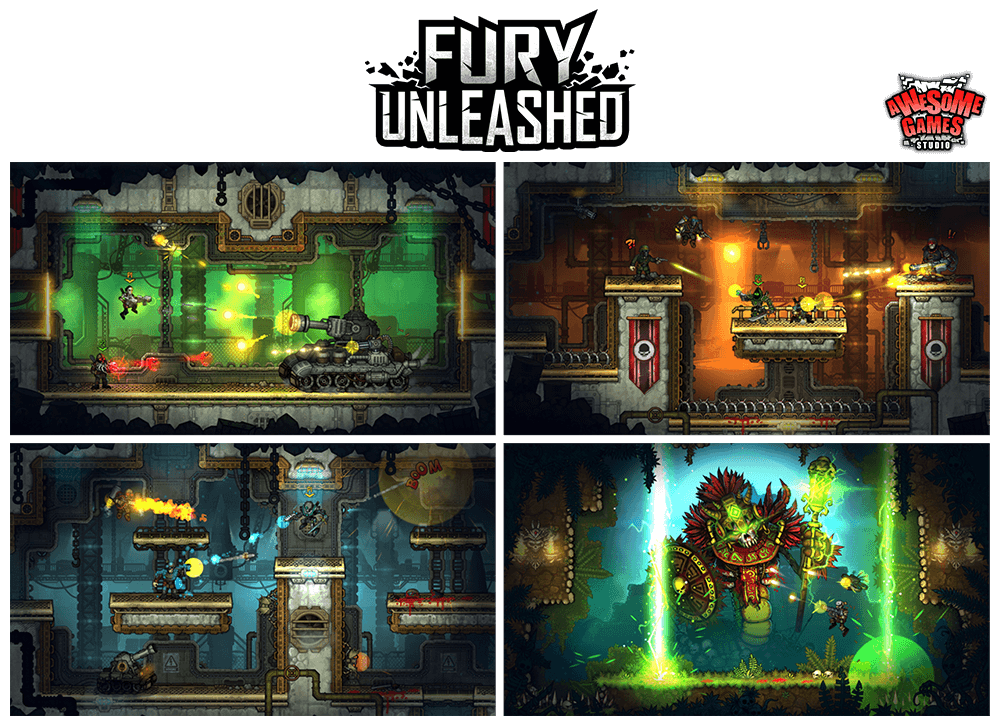 Fury Unleashed is a combo-driven roguelite platformer where you shoot your way through the pages of an ever-changing comic book and get more powerful the more dead-on your play is.

Awesome Games Studio is a team of currently 5 developers located in Cracow, Poland. The company was started in 2009 and over the years made several games that were released on Steam and consoles, including titles like Yet Another Zombie Defense, Oozi: Earth Adventure, and I, Zombie. Fury Unleashed is its most recent and most ambitious project. 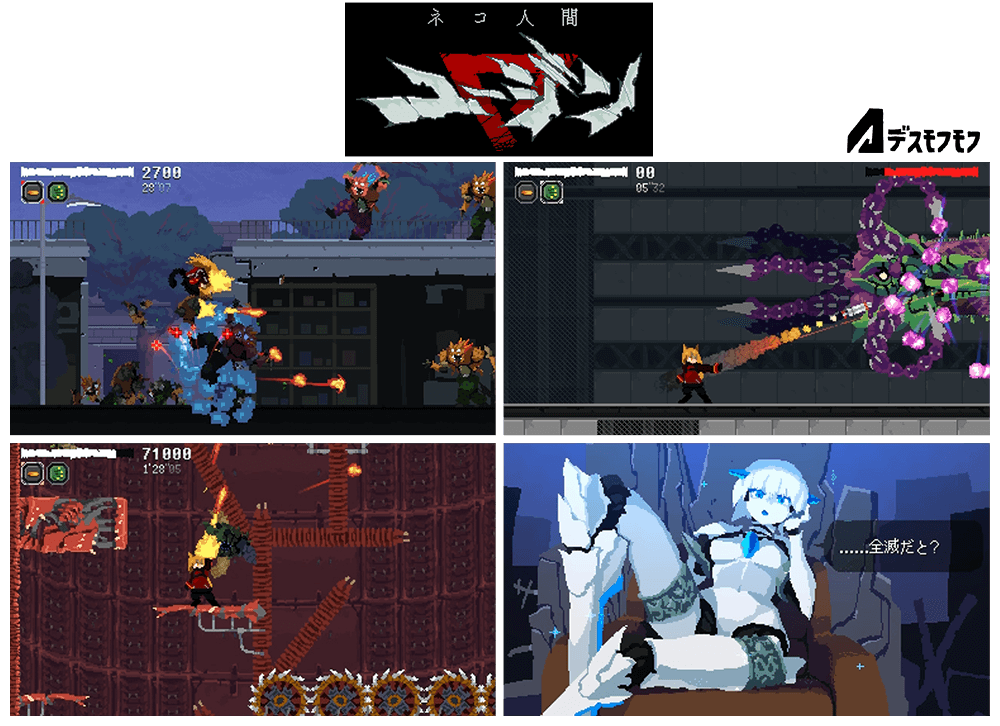 A fast-paced side-scrolling shoot'em up, with intuitive controls and unique polyarticular animations. Lead our cat-eared heroine in battle against the deadly crustaceans from hell! 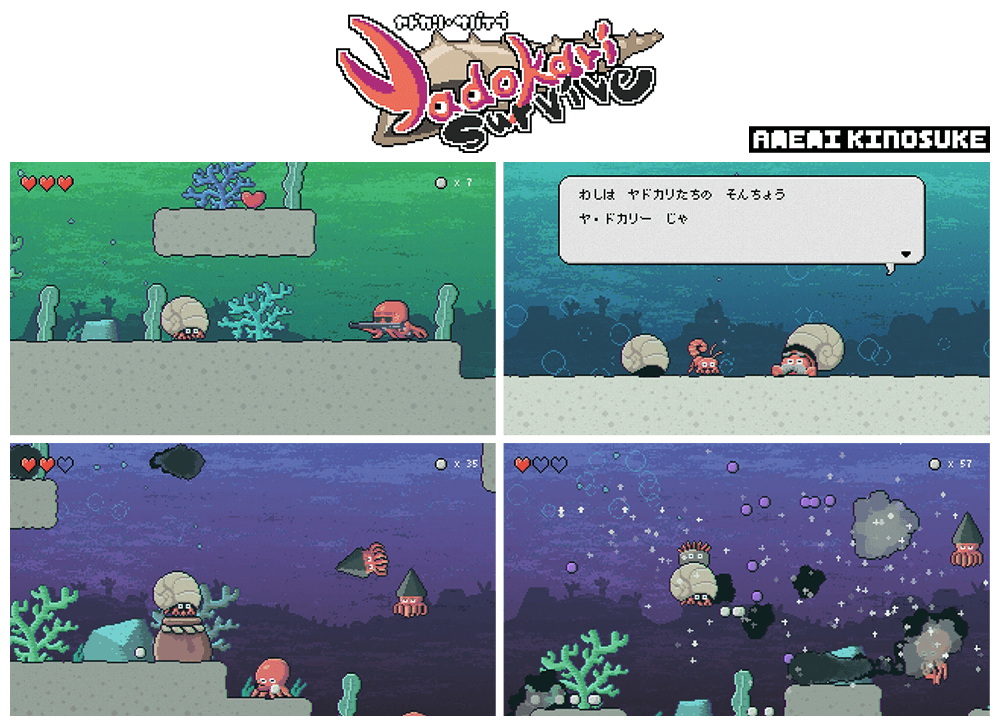 Counter-Action Game of the shell-wielding hermit crab fighting against octopi!

Become a hermit crab and fight an army of octopi, your natural enemies, to defend your village. Defend yourself with your shell, and throw it to attack. This unique platformer will take you back to the pixel games of your youth, and the marine habitats of the Cretaceous Period. 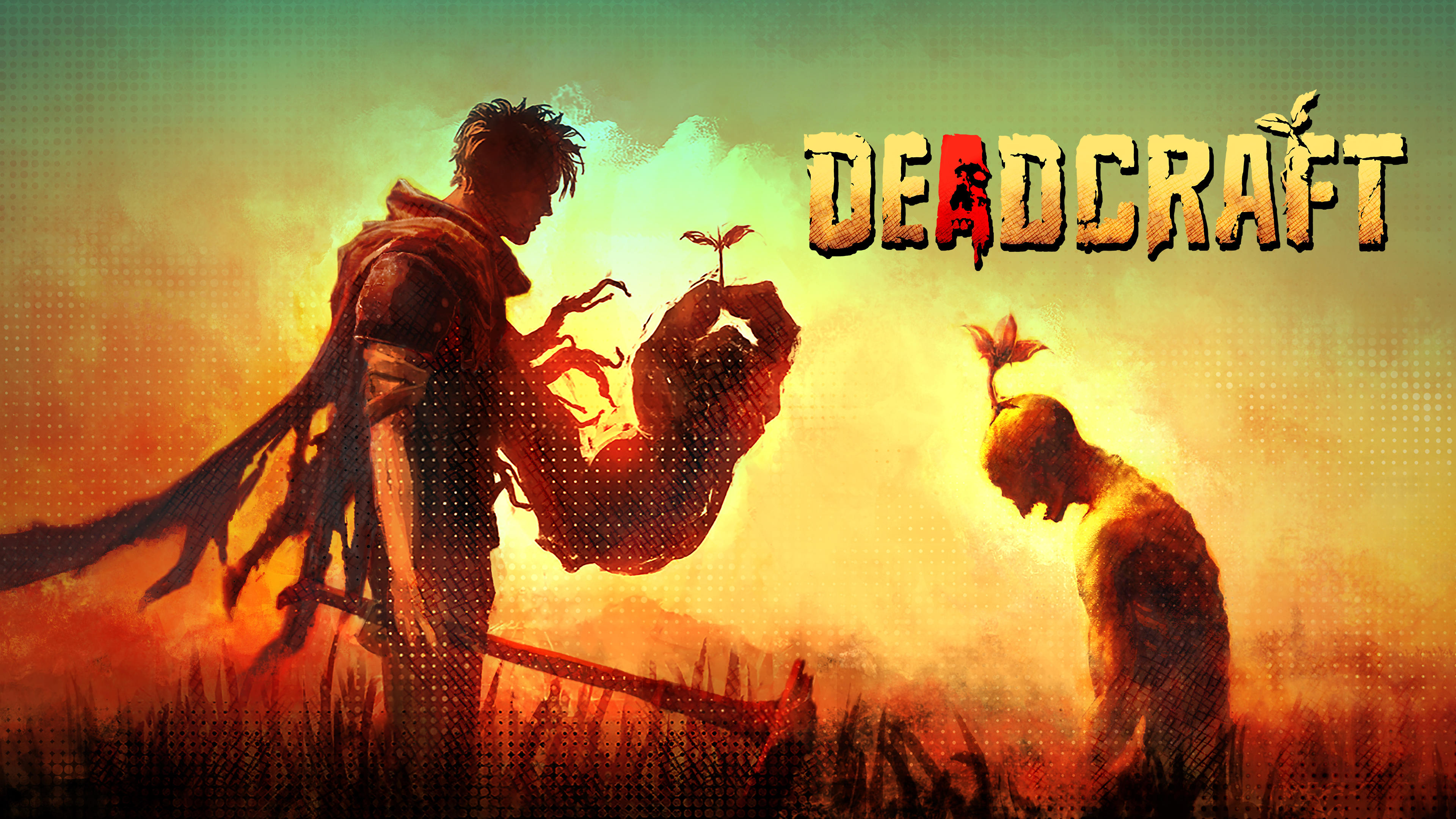